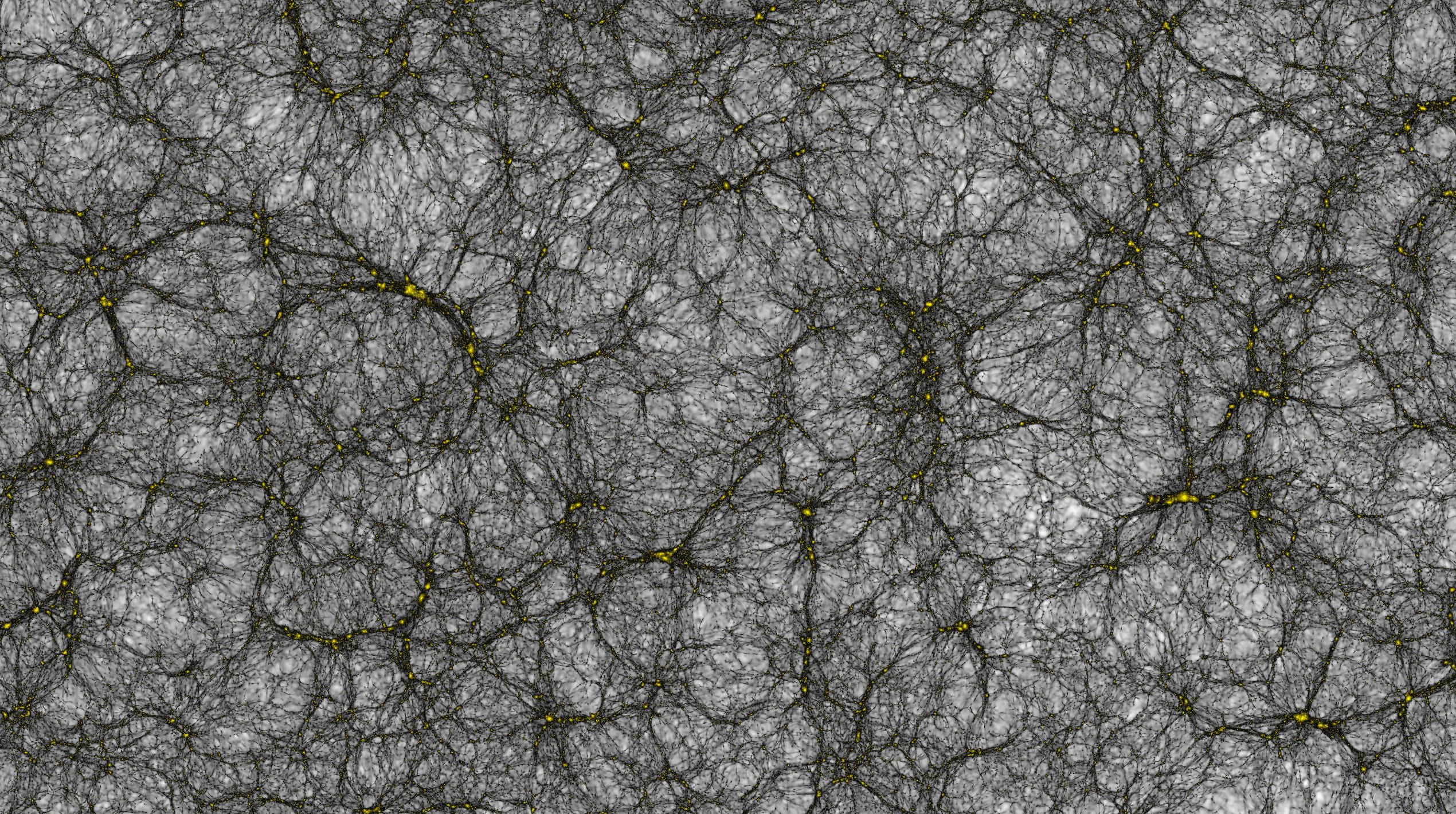 Cosmic network: A section of the virtual cosmos comprising a billion light years shows that dark matter is bunched together (halos: yellow points) and connected by filaments. The density of the dark matter is the lowest in the white areas. The simulation was performed on one of the world's fastest supercomputers, Piz Daint at CSCS in Lugano, Switzerland in 2016. (Image: Joachim Stadel, UZH)

How did the universe with its galaxies, stars and planets form? Which role do mysterious forces such as dark matter and dark energy play? Is there life out there in the universe? And how will the future of the cosmos look like?

These are the questions addressed by astrophysicists of the University of Zurich.

Their special strength is the simulation of cosmic phenomena using high-performance computing and the data analysis of various astronomical observations.

Among the current projects, there is JUNO, a satellite launched in 2011 by NASA, the American space agency NASA, and whose goal is to investigate the giant gaseous planet Jupiter. Another example is the EUCLID mission: this satellite will be launched in 2021 by ESA, the European Space Agency, and will investigate what drives the expansion of the universe and which role dark energy, dark matter, and gravitation play in that context. To prepare the EUCLID mission, researchers of the UZH have performed one of the largest simulations of the distribution of galaxies on large scale. Finally, a third example is the LISA satellite, an ESA mission planned for 2034. The challenge for LISA will be to detect the signal carried in space-time by gravitational waves emitted by supermassive colliding black holes.