With the first direct detections by the LIGO and VIRGO observatories of gravitational waves (GWs) from merging black holes in 2015 and the subsequent multi-messenger observation of colliding neutron stars in 2017, the field of gravitational wave astronomy has been firmly established. On Earth, GW observations are limited to black holes with masses no larger than a few tens that of the Sun, producing high-frequency GW signals in the ground-based detectors. Sources with much larger masses, such as the mergers of massive black holes at the centers of galaxies, generate signals at much lower frequencies, and are thus undetectable with interferometric instruments on Earth.

The proposed LISA mission is a space-borne gravitational wave observatory with an interferometer arm-length of 2.5 million km, providing a much longer baseline compared to the few kilometers of the ground-based observatories. LISA will enable us to discover parts of the universe that are invisible by other means, such as supermassive black holes, the gravitational-wave relics of the Big Bang, and other, as yet unknown, objects. LISA will enhance our knowledge about the beginning, evolution and structure of our Universe and provide highly accurate tests of the theory of general relativity in an entirely new regime. The observatory also has the potential to uncover hints about the nature of quantum gravity, thus contributing to fundamental physics. LISA builds on the success of LISA Pathfinder. It is an ESA mission which is scheduled to be launched in 2034.

LISA will detect and study low-frequency GWs in the range from about 0.1 mHz to 1 Hz, and thus complement ground-based gravitational observatories. LISA will enable the detection of GWs from massive black hole coalescences (typically 106-107 M⊙) within a vast cosmic volume encompassing all ages, from the cosmic dawn to the present, across the epochs of the earliest quasars and of the rise of galaxy structure.

Since 2003, the Group of Gravitation and Astrophysics at the Physics Institute of the University of Zürich (UZH) has developed a strong activity in gravitational wave physics and tests of general relativity. The group was involved in the LISA Pathfinder mission, which was successfully completed in July 2017 and paved the way for the LISA mission, in which we are actively taking part. The group joined also the LIGO Scientific Collaboration (LSC) and is currently the only Swiss group that is actively contributing to gravitational wave science and gravitational wave data analysis for the ground-based LIGO and VIRGO observatories as well as for LISA.

Moreover, the group of Prof. L. Mayer at ICS is studying astrophysical sources of GW and their electromagnetic counterparts. 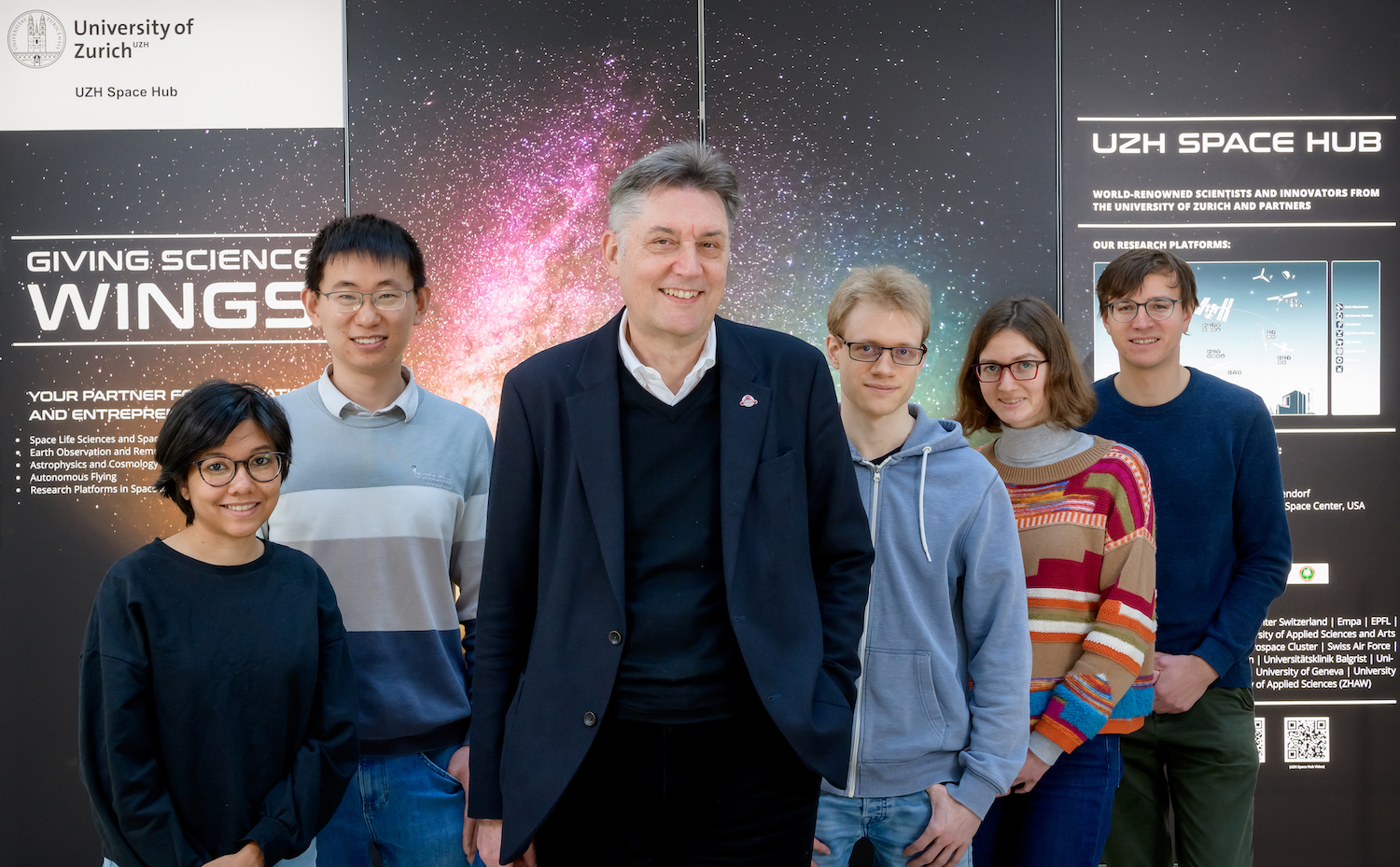