Extravehicular activities set the astronaut into mild hypoxia (= oxygen shortage) and microgravity aggravates threatening symptoms of hypoxia such as vision impairment, edema of the visual nerve papilla and increased intracranial pressure. To investigate the cellular hypoxia-response in hyper- and microgravity we developed a pocketsize cell culture lab (15 x 20 x 6 cm) allowing to set cells cultures within 20min into strong hypoxia and to fix the cells instantaneously at any desired time point for later analysis. This device permanently controls and records temperature, records acceleration forces in all three space axes, atmospheric pressure as well as pO2 and pH in six separate cell culture experiments, each of them consisting of a specifically designed, oxygen-tight cell culture slide assembly (red arrow, left panel) connected to two syringes as shown in the right panel. One syringe per experiment contains a de-oxygenation solution, the other a fixans to terminate the experiment. Each cell culture assembly contains oxygen- as well as a pH-sensitive dye-foils (magenta arrows, left panel) that are excitated with a red or blue light, respectively. The emitted infrared florescence is detected by photodiodes attached to lock-in-amplifiers. During the experiment, data are continuously available through Bluetooth as well as stored on a micro-SD card. 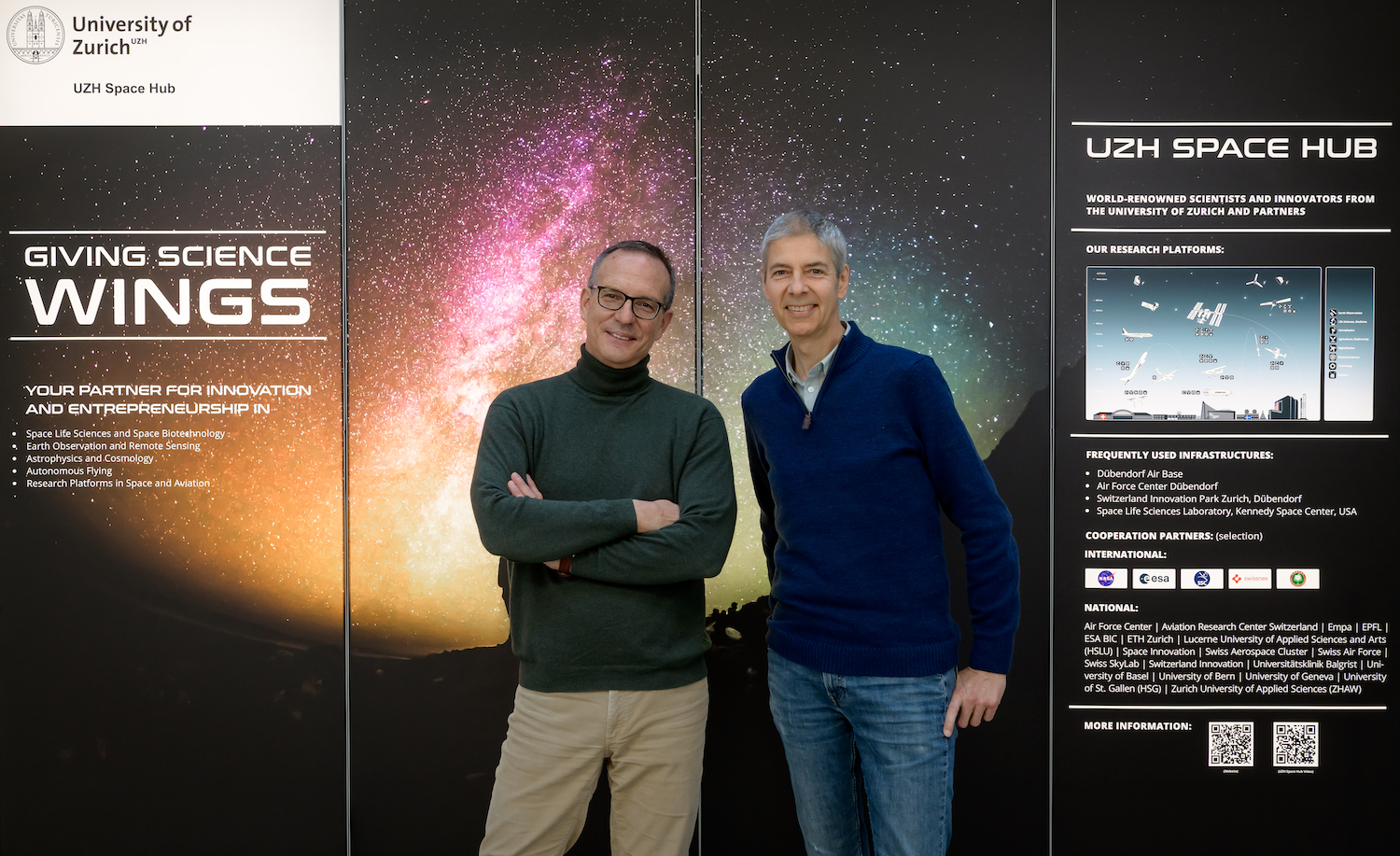